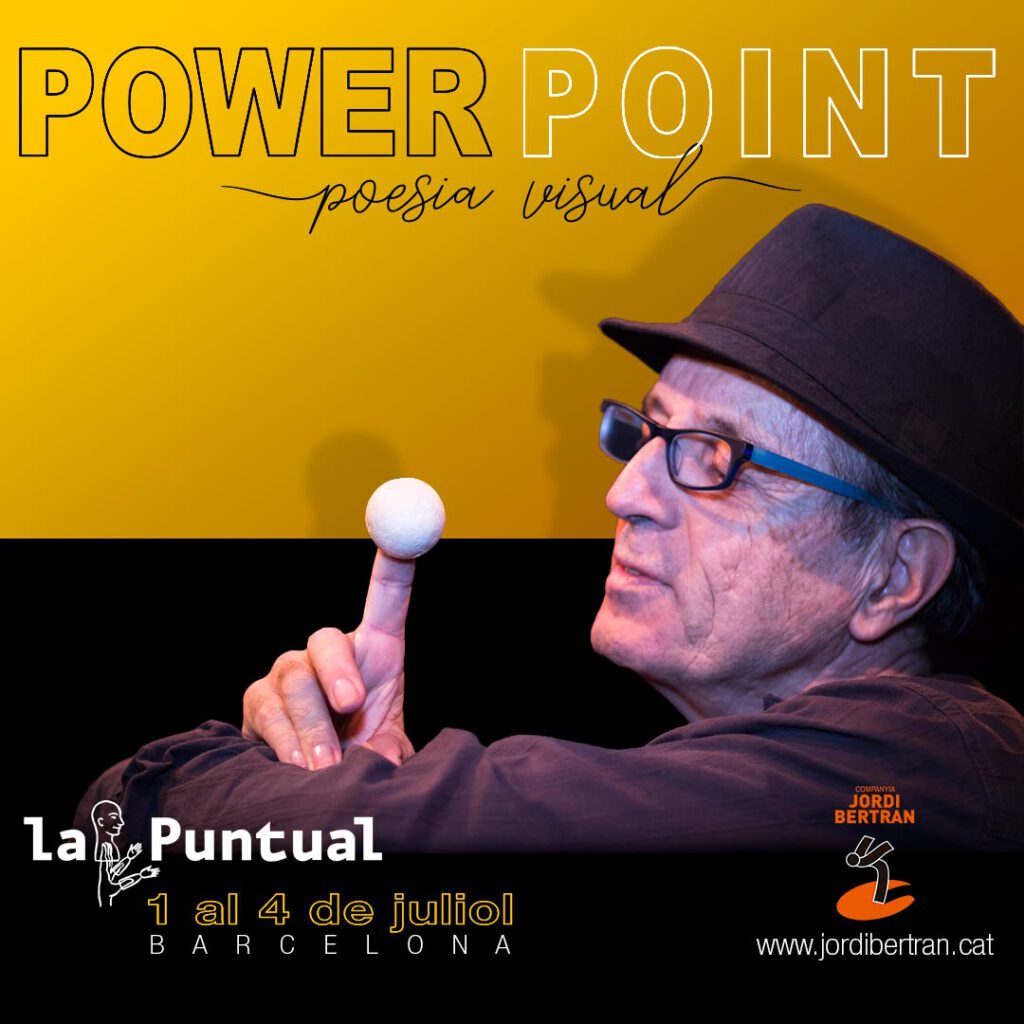 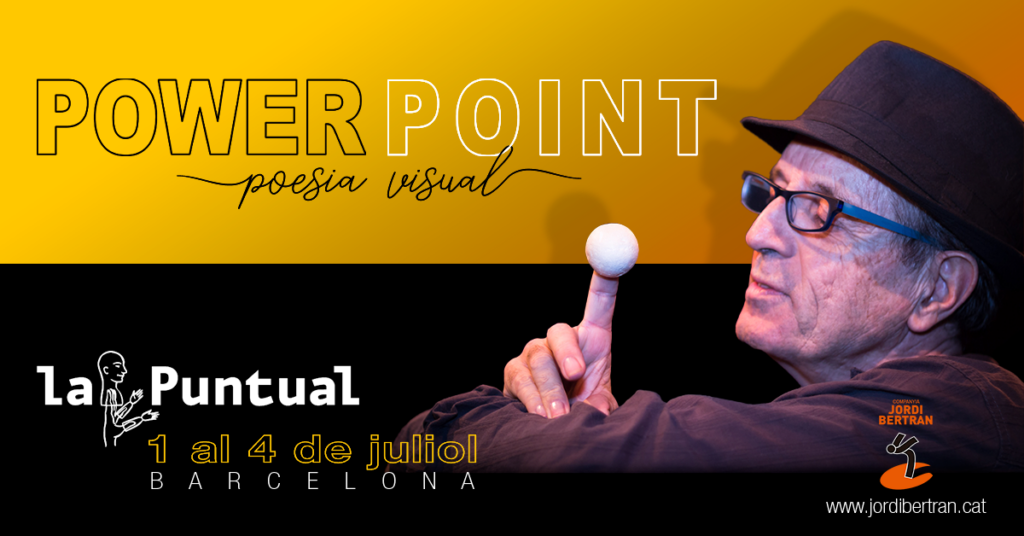 In 1990, the Barcelona based puppeteer Jordi Bertran and his collaborators began the creation of a show inspired by the world of the poet Joan Brossa. With just a few simple balls and foam-rubber letters, he created a show that today continues to amaze audiences around the world.

Thirty years later, Bertran recuperates these objects to create a new visual theatre production, Power Point. With only his hands and accompanied by a guitar he brings to life a succession of theatrically rich characters, sometimes comic, sometimes contradictory, always tender.